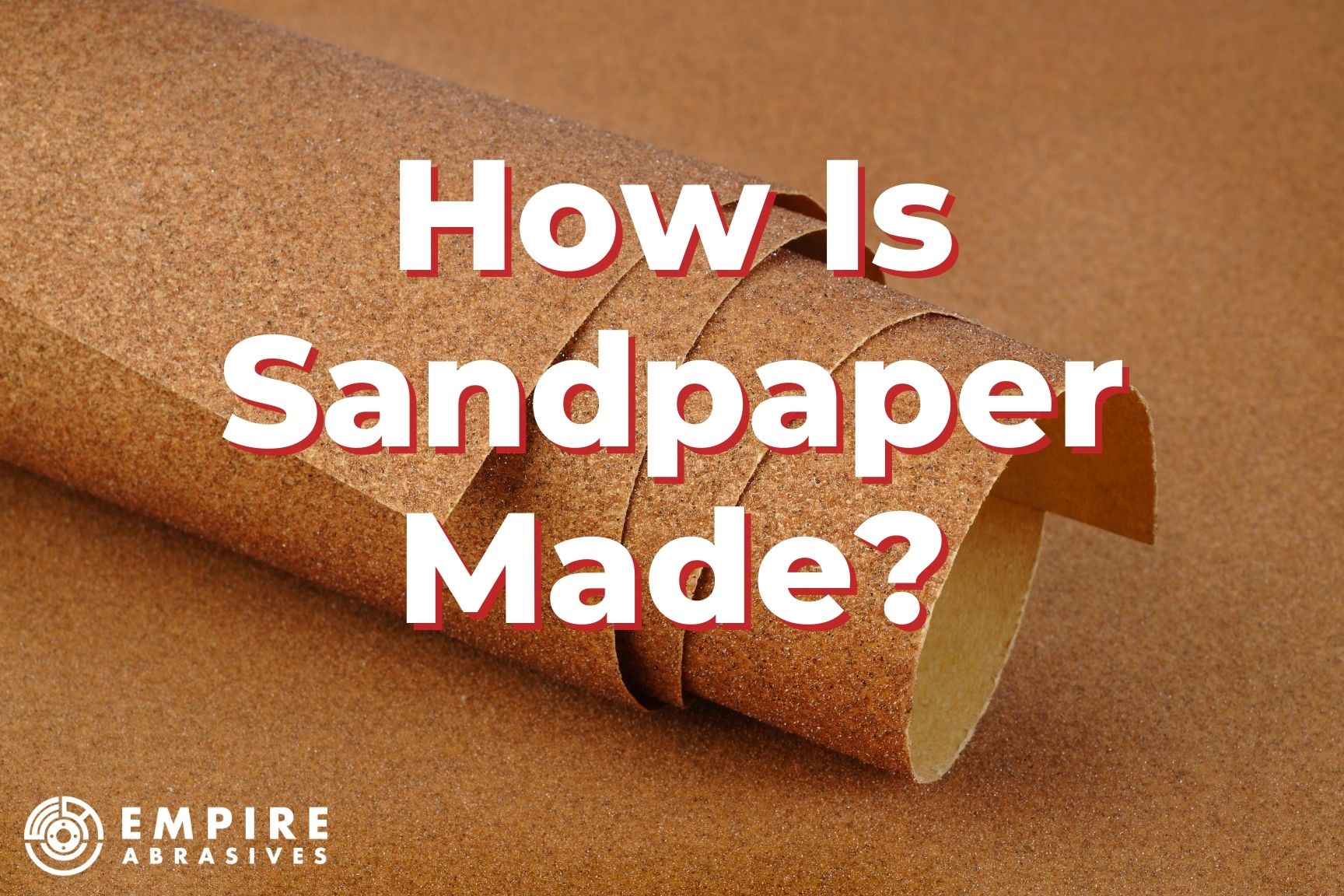 You've probably used sandpaper to put the finishing touches on a woodworking project. But, have you ever stopped to wonder how this adaptable tool came to live in your toolbox?

This primitive hand tool used to soften rough edges and make surfaces smooth is not as simple as it appears. Science, technology, and nature come together to create the perfect tool for polishing our masterpieces. Let's take a look at how it's made.

The first documented use of sandpaper was in 13th century China. Carpenters would use sand, crushed seashells, and even seeds as abrasives.

Basic science was as simple then as it is now. Using microscopic sharp edges and friction, you can shave off the uneven top layer of a given surface. Often we need sandpaper sheets to sand wood, but it can be used on any surface, often including metal, stone, or glass.

While the concept of sanding is the same, today, we make sandpaper much differently now than the ancient ways. Instead of pressing whatever rough, gritty material we can onto a flexible surface, we assemble it. Unique factories run by knowledgeable crews are the birthplace of this underappreciated piece of equipment.

How Sandpaper is Made

The process of making sandpaper involves using an adhesive to attach an abrasive material, such as silicon carbide, to a backing under pressure. The methods and components used in this process have changed over time, allowing us to construct better, more efficient products today.

Most sandpaper and coated abrasives today aren't paper but backed with cotton or another pliable synthetic (so yeah...sandpaper is neither sand, nor paper). The backing comes as large, uncut rolls. The chosen thickness of the backing depends on the desired rigidity or flexibility of the finished product. Essential information like grit size is printed on the backing and dried before moving on to the next stage.

Once dry, the adhesive is added. Initially, naturally occurring gums were used to stick the abrasive to the backing. These days, factories dip one side of the backing in a modern resin or epoxy and secure the abrasive to the paper using heat. Before that happens, the density of the epoxy is measured using a computer to ensure an even coat.

Adhering the abrasive to the paper is where modern science steps in. This innovation plays an essential role in how sandpaper is made today because it's how we create the perfectly level surface of the abrasive. Rather than pouring the grit over the paper, we now have the technology to apply it using electricity.

The scene is better suited to a science fiction film than a factory floor. The dancing particles are flung up at the paper and embedded in the epoxy. Applying the abrasive this way ensures an even application. A precise application is important because otherwise, you risk damaging your project with too much grit or an uneven coat.

This is why you shouldn’t use homemade sandpaper, unless you want an uneven abrasive that will probably do more harm than good. Homemade DIY sandpaper can't reproduce the quality of professionally created sandpaper. You will almost certainly ruin your project by using a wrong or uneven grit size. Using the wrong material can cause irreparable scarring, even if it doesn't seem rough enough to damage your project.

Once finished, a swatch is cut out, then taken apart and weighed. The paper has to meet strict specifications, so this process is meticulous. A technician will then observe the top layer of grit beneath a microscope to check that all the grains are standing up at the same height.

After the abrasive is coating one side of the paper perfectly, it gets baked. The resin or epoxy is set the same way potters set the glaze on their creations. Apply a high heat. This seals the abrasive to the backing rather than just sticking to it. A second layer is added on top of the abrasive and baked again. This operation helps prevent the sandpaper from falling apart after the first use.

When the crew has finished their thorough inspection, they roll it up again. Sandpaper is highly versatile and used in all kinds of projects, large and small. Much of it will be punched into discs, cut into long strips for sanding belts, or cut into smaller strips to combine onto flap discs. These can be made for larger projects and commercial jobs or they can be cut into smaller sections for personal and home use. Some may even become grip tape, the kind you might find on stairs or even skateboards.

When picking out sandpaper, make sure to choose the correct grit size for your project. If you pick a type of sandpaper that's too coarse, you'll likely damage your project. One that is too fine won't get the job done.

Do some research to figure out what size grit is safe to use on the material you are working with. The higher the number, the finer the grit, but make sure you also understand which abrasive you're using.

The information needed can be found online by researching the material you are working on. That might be wood, metal, or glass. Each type of abrasive grain will also matter with there being such differences between grains like Silicon Carbide vs Aluminum Oxide or Ceramic vs Zirconia.

If you feel overwhelmed by all of the options and variables, ask a professional for advice (give us a call). Don't guess, and don't proceed with your project until you feel sure.

Sandpaper plays a significant role in our modern lives. If you walked on hardwood floors, pushed open a door, or drove a car today, you touched surfaces treated with sandpaper.

Simple physics makes sandpaper so helpful, and we continue to use the same principle that we've used for centuries. Force and friction are still the concepts we apply when sanding, but it is an art we have perfected. Advances in technology and scientific discovery have since made this rough hardware into a precise tool used by contractors, artists, and handy dads everywhere.